It first requires clear goals and expectations, followed by patience, focus, and ample accountability. However, once mastered, consistency breeds success. And, the art of consistency is exactly how Tim Woolworth, Egan Company Senior Vice President and Board Member, has built success within the InterClad (glass, glazing, and metal panels) team. After two decades, Woolworth will be retiring from Egan in January of 2020.

Woolworth first joined Egan’s InterClad team in late 2003 as Vice President of Operations. In this role, he oversaw project managers, the fabrication shop, and field. Given his strong skill set and background in project management, he also ran projects simultaneously.

“When I came to Egan, one of the reasons I still ran work in my role was because I always did everything you’re supposed to do… the basics of managing a project,” Woolworth joked. “Leading by example is what I pride myself on. So, when it came down to doing what was needed, nothing was ‘one more thing’ or ‘I’m too busy’.”

His consistent, lead-by-example approach and ability to instill accountability within his team has been the pinnacle of Woolworth’s leadership style throughout his career. Woolworth will be the first to admit that everything from the time he arrives at the office in the morning down to the fine print of closing out multi-million dollar projects is precise and intentional – and without question, hard work.

That said, the leader’s knack for doing the details right have not only elevated his 40-year career, but elevated the InterClad team and his peers within the company. Both InterClad and Egan have more than doubled in size since the 2000s.

Operations and growth aside, ultimately his love of the curtainwall industry has also played a huge part in the success. The opportunity to build the bigger, taller, or more architecturally masterful structures is what has kept him within the business over the years.

“You never really build two buildings the same. Every project takes on its own personality,” explained Woolworth. “Along with that, there’s a good sense of satisfaction to be able to drive around and see the work you do. It’s classy and one of the most appealing parts of this industry.”

A few notable projects InterClad has completed during Woolworth’s tenure include U.S. Bank Stadium, the Cargill Campus, Target Corporation’s North Campus, multiple University of Minnesota buildings, and numerous new Downtown Minneapolis high-rise condominiums like 365 Nicollet, Rafter, 4Marq, and Nic on Fifth. Furthermore, InterClad’s biggest projects to date are coming over the next few years with the construction of RBC Gateway in Minneapolis and the Essentia Health campus in Duluth, both of which are on the team’s list of record backlog.

While Woolworth will be leaving InterClad with a historic backlog, he still believes that the best is yet to come for the strong team. “I believe getting to another level within our region is doable,” he said. “I truly hope that what we’ve established within InterClad and within Egan will continue… And, I hope it’s a better company years from now than when I left it.”

Leading the charge for the InterClad team moving into the future is Ryan Woodruff, who joined Egan in early 2019 as Woolworth’s successor.

Woolworth will be moving back to his native state of Iowa, where his two children and grandchildren reside. His love for details and mastery of consistency will be applied to a very different kind of project scope which includes D.I.Y. projects at his newly built lake home as well as giving back through local volunteerism. He also wants to do more recreational fishing, boating, reading, and most importantly, spending time with his family. 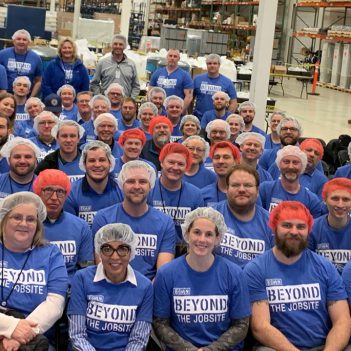 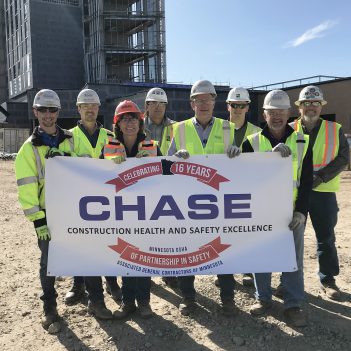 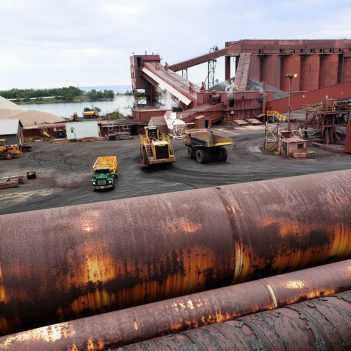 Rediscovering Our Roots – A Celebration of 75 Years